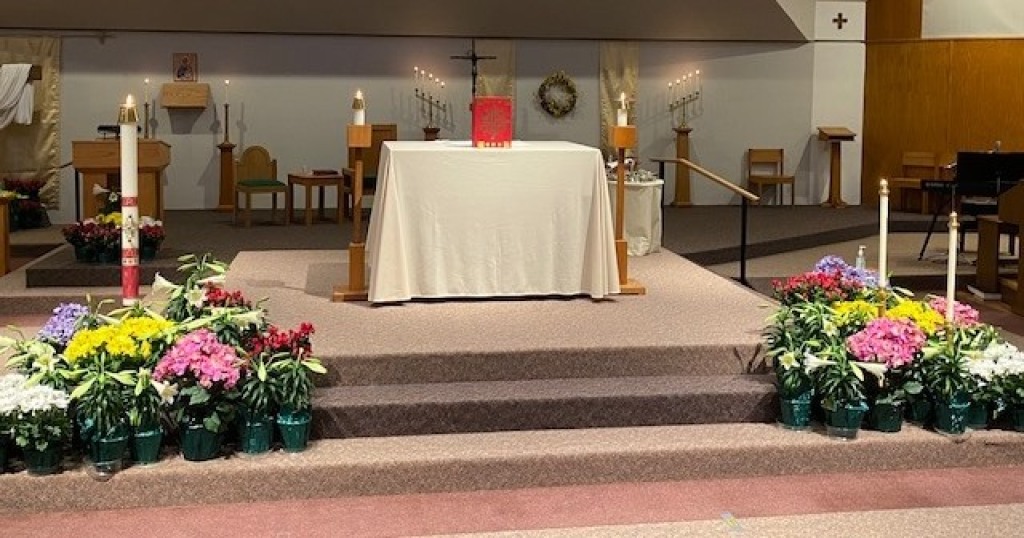 In year 1930, the Most Reverend Edmund F. Gibbons, Bishop of Albany Catholic Diocese, directed Msgr. Keane of St. Paul the Apostle Church, to purchase the land now occupied by The Church of St. Clare and Rectory.

During the same year, Reverend Jeremiah J. Morley succeeded Msgr. Keane as Pastor of St. Pauls. He established the Mission of St. Pauls, now Saint Clare's, in 1931. The original mission church was completed in 1932.

In 1939, because of the tremendous increase in population in that area, Saint Clare's was made a parish by Bishop Gibbons and Reverend John E. Place was appointed its first Pastor. In 1942, the old rectory, located on Central Avenue and Poplar Street, was purchased. A new rectory was built on Reber Street in 1954.

On Sunday, October 30, 1954, the parish was saddened by the death of Father Place as he was preparing to say Mass.

The Reverend Francis X. Ryan was appointed Pastor on November 19, 1955, by the Most Reverend William A. Scully, Bishop of Albany. During his pastorate, Saint Clare's Church and School was constructed in 1958 and a Convent in 1960. The honor of Domestic Prelate was conferred on Msgr. Ryan in 1963 by Pope Paul VI, he subsequently retired as Pastor in October 1973.

The Reverend Louis E. Douglass was assigned Pastor in November 1973 by the Most Reverend Edwin B. Broderick, Bishop of Albany. When Father Douglass, was named Campus Minister at SUNY Oneonta on July 1, 1980, Father Schmitt was appointed Administrator and subsequently became Pastor.

From the beginning in 1939, Saint Clare's Parish has constantly grown, it currently, has over 1500 families. Ground was broken for a new church on November 1, 1981, which was completed in September 1982.

Today Saint Clare's, Parish Life Director, Deacon Richard Thiesen, devotes personal attention to the needs of the faith community assisted by our staff and members of the parish. In addition, Reverand Father James Kane, serves as Saint Clare's Sacarmental Minister who also serves as the Director/Officer of the Ecumenical and Interreligious Affairs Office for the Diocese of Albany.